The summer has arrived! 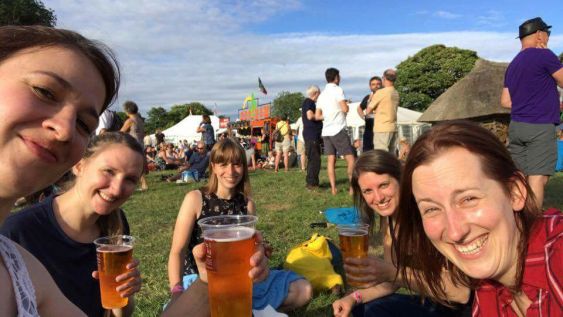 We’re just about recovered from a fantastic weekend playing at National Forest Folk Club and then Priddy Folk Festival, where the sun was shining, and the festival sprits were high!

Friday night was Jenn’s first gig depping for Amy (although she has covered for LB before), so we had get together in Newcastle to run through everything before hand. This meant that we got to call in on Amy and her little one who are doing very well!

Jenn did a great job at not only providing us with solid, driving guitar accompaniment, but utilising her freeze pedal so that she could emulate some of Amy’s drones. Great fun!

Saturday’s gig at Priddy was particularly special because Brian Finnegan hopped up to join us for our last number – the piece Lillias commissioned him to write for our Continuum project. If anyone has any photo evidence of this we’d love to see it!

Next up we’re heading to Norway on Saturday to play at Vikedal Roots Festival, then onto Sale (Greater Manchester) the following Tuesday for Refract17 where we’ll be doing a full show at the Waterside Arts Centre. Hopefully see some of you there! 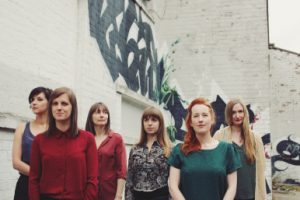